Marie Curie is one of the most recognised scientists of the last 200 years. She was the first woman to win a Nobel Prize – let alone two – and the first to win in two different fields (physics in 1903, and chemistry in 1911).

Curie changed the prevailing understanding of the world and the practice of medicine along the way. She won acceptance and acclaim from the same colleagues who once thought she had no place in science. 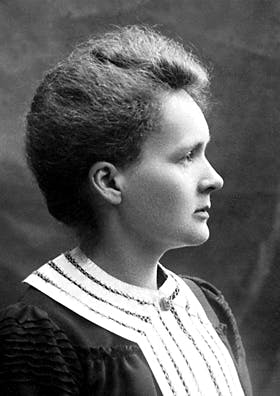 Radioactive, Jack Thorne’s screenplay adaptation of Lauren Redniss’ graphic novel, is directed by Marjane Satrapi (most famous for her own graphic novel, Persepolis). Purportedly biographical, it attempts to portray the drive and dedication Curie must have possessed to achieve her career success.

Curie’s story is incredible, without any need for dramatic emphasis or artistic licence. Radioactive, which employs both, does manage to convey her brilliance. It also highlights and reinforces issues affecting women – and other marginalised groups — in science, then and now.

The story begins with Maria Sklodowska (Rosamund Pike) literally bumping into her future collaborator and husband, Pierre Curie (Sam Riley), on the streets of Paris. Pierre is quickly established as a similarly poorly respected scientist. He and Marie share a respect for each other’s work.

The film focuses on the Curies’ discoveries – in particular the theorising of radioactivity and the discovery of polonium and radium.

The dichotomy between the initial use of the Curies’ findings of radium in makeup, matches and toothpaste is in stark contrast to the scenes showing some of the key applications of their work after their death.

The elements they discovered enabled radiotherapy medical treatments, but were also a key component of the nuclear devastation in Hiroshima and Chernobyl.

Advances in knowledge come with the potential for both harm and good, a theme reiterated throughout Radioactive. 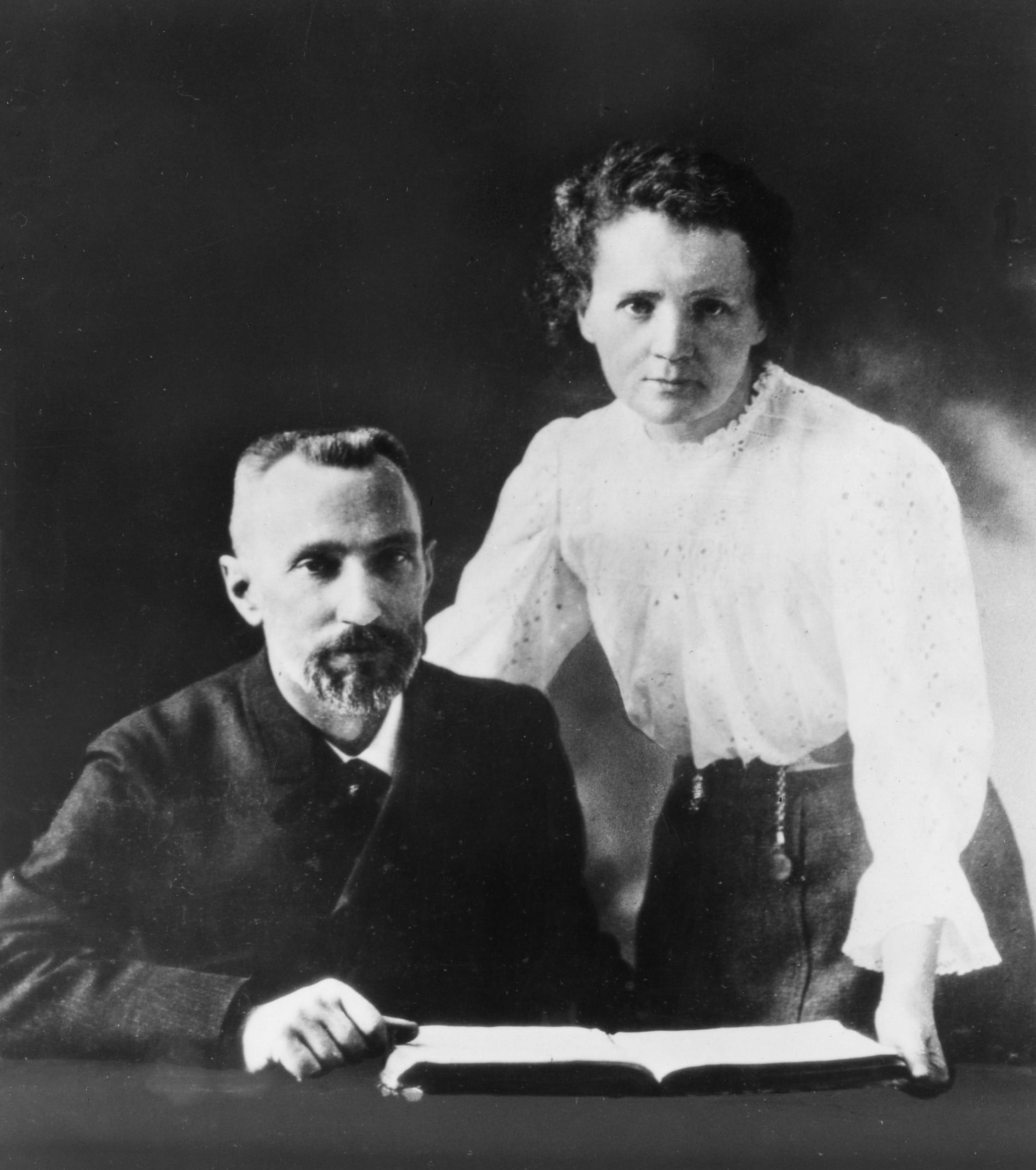 We are shown the realities of being a female scientist in that time. Curie’s isolation is palpable. She is frequently the only woman in a professional context, and further ostracised because of her immigrant status. This isolation of science professionals because of their gender, culture and/or socioeconomic status can still happen today.

Working in the physics laboratory of Professor Gabriel Lippmann (Simon Russell Beale), Curie expresses her frustration at the repeated movement of her equipment in the shared laboratory space. Lippmann revokes her access to the laboratory, citing her “constant demands”.

All Curie wants is the same courtesy and respect shown to the men who work in the laboratory, but she is portrayed as “difficult”.

Curie is presented as prickly, arrogant and often emotionally distant to both her colleagues and family.

Satrapi says she liked the flawed nature of Curie that emerged in the screenplay, her diaries and from discussions with Curie’s granddaughter. She has said it made Curie “a human being, she’s not perfect and she doesn’t do everything right.”

But in the process, Radioactive reinforces what some women in male dominated STEM fields might still encounter today: women can be perceived as competent or likeable, but not both.

Satrapi and Pike have spoken of how they want the scientist and the science in Radioactive to be an inspiration – especially to young girls. The film is certainly a tale about the value of intelligence and the importance of tenacity and perseverance.

It shows the human side of Curie, especially through her familial relationships. Pierre and Marie’s partnership – both scientific and romantic – is given the hallmarks of an epic love story. In Radioactive, Pierre and Marie are shown as partners in life, and in science. Studiocanal

Pierre is a staunch ally and advocate, ensuring Marie is recognised for the quality of her work and thinking. The original nomination for the Nobel Prize made by the French Academy of Sciences excluded Marie – she was only added at Pierre’s insistence.

Still, Radioactive takes some liberties in the retelling of Marie’s life. It shows Pierre attending the Nobel Prize ceremony in Stockholm alone to accept the Curies’ award, ostensibly because Marie had just given birth.

This reinforces the idea that motherhood creates impediments to career progression. In reality, Marie and Pierre attended the ceremony together in 1905.

Marie is portrayed as a sometimes distant mother to her two daughters. In a scene with her now adult eldest daughter, Irene (Anya Taylor-Joy), driving an ambulance on a World War I battlefield, Marie turns to her daughter and says: “I wasn’t a very good mother was I?”

Irene responds she is proud of her mother, but the not so subtle subtext is you can’t be a world-leading scientist and a good parent at the same time. 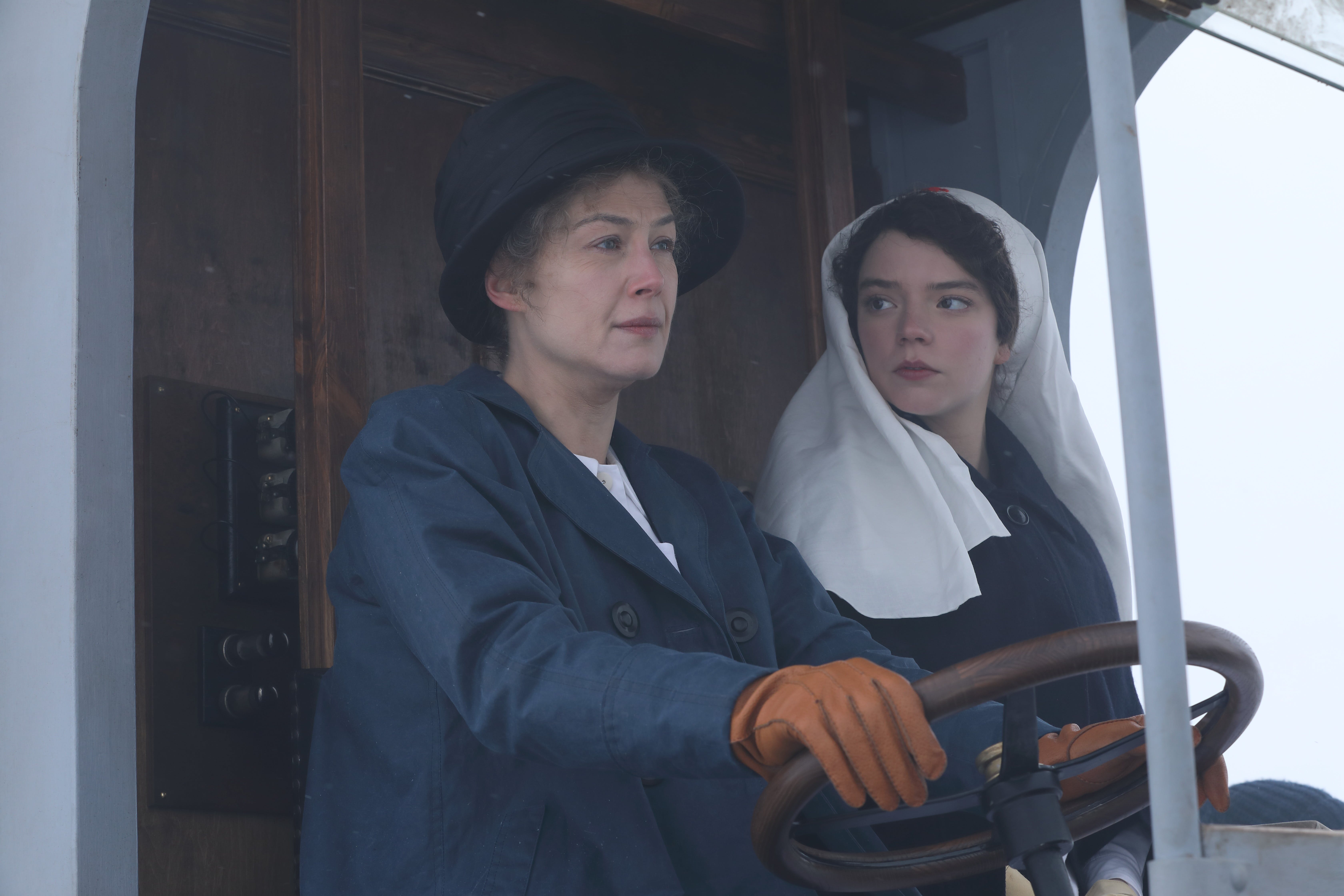 Certainly a recent study shows increasing difficulty for parents to reconcile caregiving with STEM careers, with nearly half of new mothers and a quarter of new fathers leaving full-time employment in STEM.

Radioactive shows how the media fed voraciously upon Marie’s scandalous affair with a married man in the years after Pierre’s sudden death in 1906.

The media, she tells her sister, are “merely having a hard time separating my scientific life from my personal life”. This is still seen in media coverage of women scientists today: their physical appearance is commonly mentioned in stories about their professional accomplishments.

Still, in Radioactive, it isn’t her gender that Curie identifies as the greatest impediment in her career. “I have suffered much more from a lack of resources and funds,” she says, “than I ever did from being a woman.”

Radioactive is in cinemas now.