» News & events » News » Merchants of misinformation are all over the internet. But the real problem lies with us

Merchants of misinformation are all over the internet. But the real problem lies with us

It seems that every day, new “alternative facts” are peddled in the public realm. YouTube’s algorithm reportedly promotes fake cancer cures, Russian president Vladimir Putin’s “troll factory” floods the internet with toxic propaganda, and a fake health booklet in the US advocating against vaccines recently fuelled a major measles outbreak.

In Australia in recent days, a pro-coal Facebook group claimed Sydney’s Hyde Park was trashed by those who attended Friday’s climate strike. But the photo, shared thousands of times, was actually taken in London, months ago, at an unrelated event.

And this week Labor called for an investigation into whether social media giants are damaging the democratic process, claiming that during the May election Facebook refused to take down fake news about the party’s “death tax”. 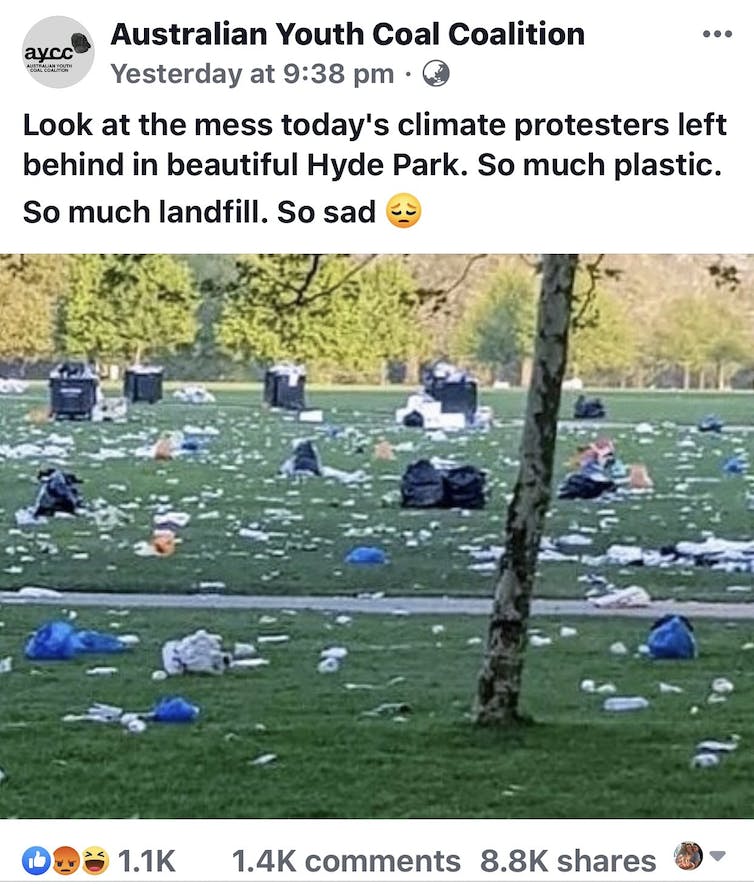 A screen shot of a since-deleted tweet by The Australian Youth Coal Coalition which falsely claimed climate strike attendees left rubbish behind. Facebook

As the saying goes, a lie can get halfway around the world before the truth has a chance to get its pants on. But while this saying clearly resonates in our current age of misinformation, the idea itself dates back at least 300 years.

Read more: Who are you calling 'anti-science'? How science serves social and political agendas

Misinformation is not a new phenomenon

Some claim the idea of the fast travelling lie was crafted by Winston Churchill in the mid-20th century; others by author Mark Twain at the end of the 19th. Yet the saying, or at least the sentiment underpinning it, is probably much older. 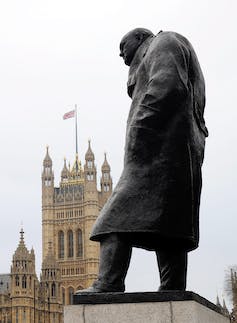 A statue of Winston Churchill in London. Some say Churchill coined the truth/lies adage. FACUNDO ARRIZABALAGA/EPA

Charles Haddon Spurgeon, a Baptist preacher of Victorian London, cited a version of it in 1855, describing it as an “old proverb”. Author Jonathan Swift, of Gulliver’s Travels and A Modest Proposal fame, is said to have written in 1710 that “falsehood flies, and the truth comes limping after it”.

So the recognition that lies disseminate far more quickly than the truth appears to be several centuries old. This matters because while social media may have ramped up the problem of misinformation, the root causes remain the same - our cognitive and social biases.

There are huge bodies of research on what motivates us to not only believe, but seek out information that isn’t true. But often the simplest explanations are the best.

We tend to do and believe things that people we like, admire or identify with do and believe. It reinforces the bonds among our families and friends, our communities and countries, and is often referred to as the consensus heuristic. You see it in action, and use it yourself, every day. 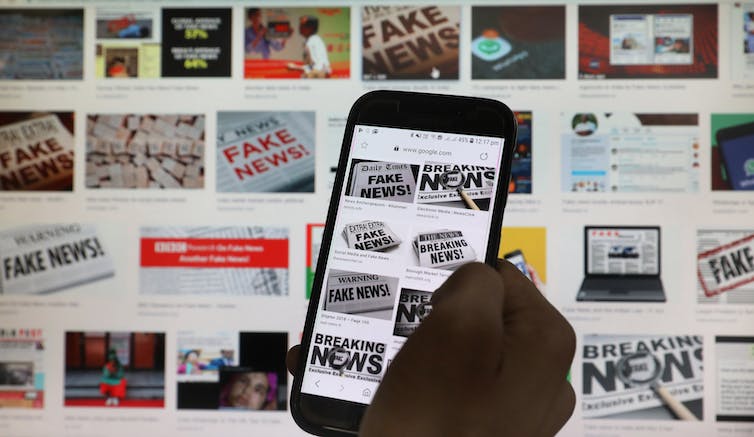 So-called ‘fake news’ proliferates on social media, prompting calls for a crackdown on digital giants such as Facebook and Twitter. Harish Tyagi/EPA

Every time you uncritically accept the opinion of someone you like, you are applying consensus thinking – the consensus as you perceive it to be among “your” people.

What they say may well be entirely fact-based. But if it doesn’t correspond with facts, that won’t matter. You’ll buy it regardless because you are motivated to reinforce your connections with groups and ideas that are significant to you. We all do it, and there’s no shame in that.

Read more: Climate change deniers are dangerous - they don't deserve a place on our site

Building on this, we regularly accept false, dodgy and downright incorrect information because it makes us happy, or at least minimises discomfort. It means we don’t have to change, confront flaws in our personal world view or stop doing something we like.

Smokers don’t keep smoking because they don’t think it’s harmful, but they might believe at some level it won’t be harmful to them. And they can always find “evidence” this is true: “my Uncle Chuck lived to 89 and he smoked two packs a day”.

As for contributing to climate change, a person might think: “I only drive my petrol-guzzling car a short distance work and back, I’m barely contributing to climate breakdown”. Or they might tell themsleves: “changing my behaviour wouldn’t even register, it’s the big companies and the government that need to do something about emissions reduction”.

With this way of thinking, any “facts” that support my kind of thinking are right, and those that don’t are wrong. 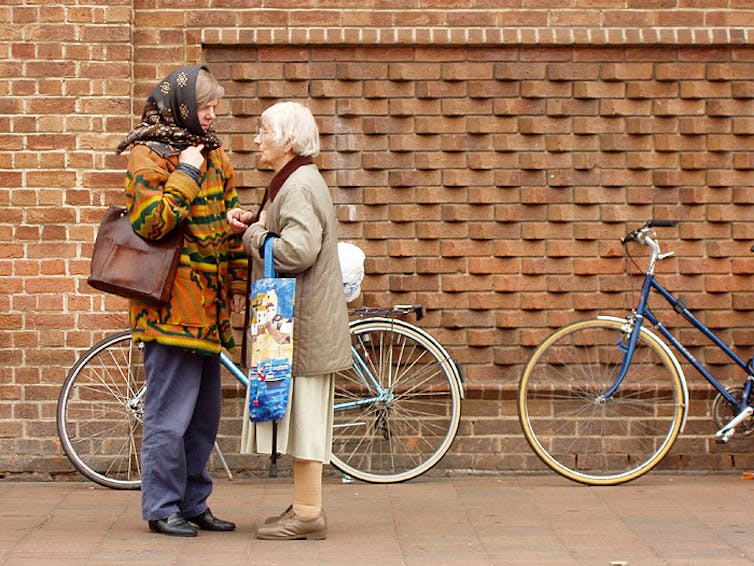 People are more likely to uncritically accept the opinion of someone they like, a phenomenon known as consensus heuristic. Kaymar Adl/Flickr

Misinformation exists, and all of us - even the most critically minded - are in some ways sucked in. And there is no doubt scientific misinformation thwarts efforts to resolve key policy issues, such as vaccination rates or climate change.

But “fixing” scientific misinformation will not, on its own, solve these problems. Inspiring mass action requires more than just ensuring the “right” information exists in the library of human knowledge.

Read more: Why attending a climate strike can change minds (most importantly your own)

If we’re to motivate people to change, we have to understand the values that underpin their assertions and actions and work in ways that resonate with them.

This might mean pressuring elected officials to provide large-scale, realistic, and well mapped-out transition plans for workers and communities that depend on coal for their livelihood. Coal miners, like all of us, are pretty damned keen on being able to earn a living. That is a value we can all relate to.

As a rule, change is not something that comes easily to most people - especially if it’s forced upon us. But when we agree on why it’s necessary and have a clear way to handle it, it’s possible to move forward.